I moved to New York City after a successful career in painting in the south east USA (late 1990s). After moving to New York City in 1997, I navigated through the competitive New York City fine art scene, including an inspiring private meeting with Leo Castelli.

However, I was quickly seduced by the lucrative world of commercial art while freelancing for many Manhattan’s top Madison Avenue advertising agencies (2000-2008).

I later switched gears and spent the next 10 years as an investigative journalist and documentarian covering highly disruptive medical technologies. (2008-present). More.

As of 2019, I’m back full circle painting full-time again, while keeping a look out for other exciting disruptive technologies to cover.

I am currently a resident of the 18th Street Studios in Santa Monica. 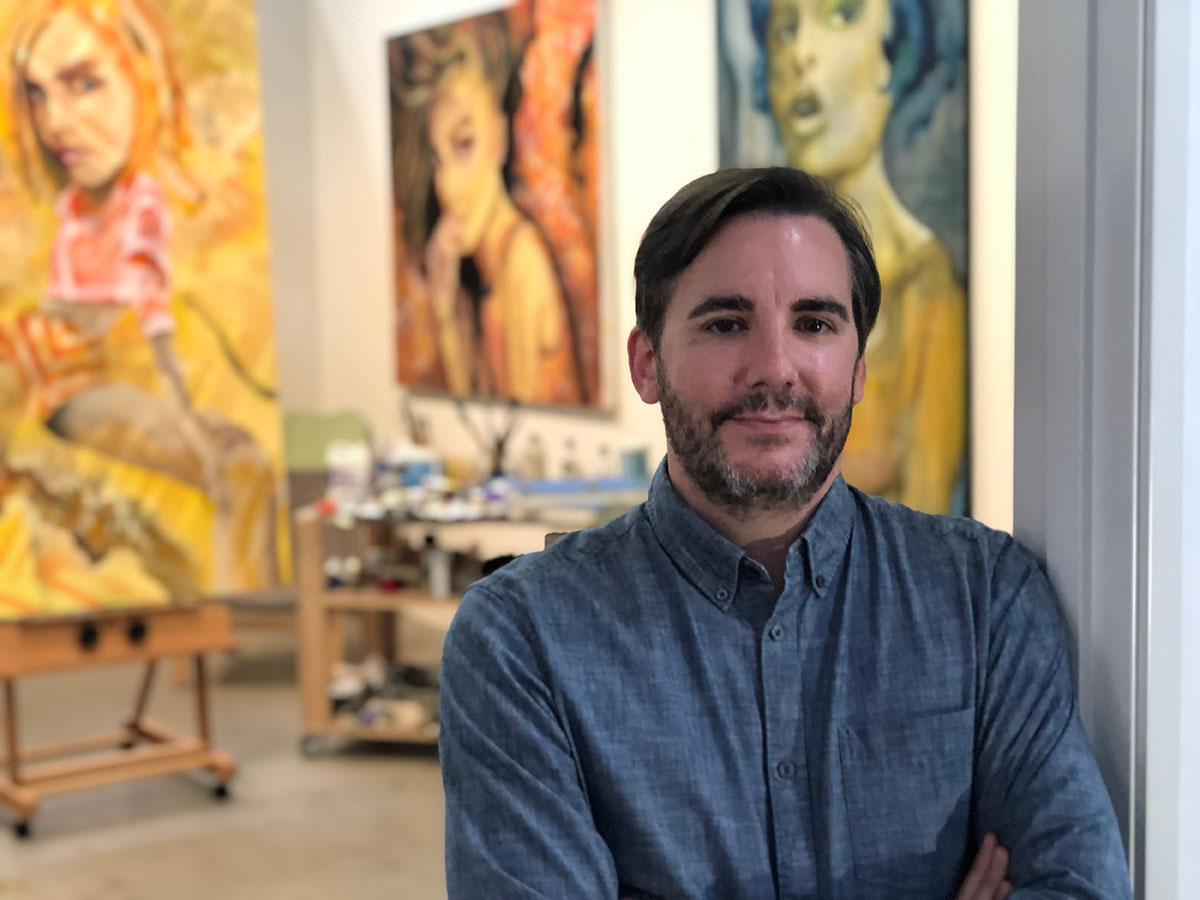